BBC does more apologising for Islam: this time in Sweden's Malmö 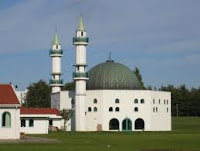 Letter to BBC in response to their World Service program, heard just now in Hong Kong, on the alleged problems facing Muslims in  Malmö, Sweden.
This program is part of what seems to be a growing pattern in the BBC -- as apologist-in-chief for Islam.


Nary a program in recent months is without some glowing report of the wonders of Islam (science, art, the first mosque in Britain), or of how nasty people are to Muslims in their midst, as in Malmö, where, predictably, we hear stories of how perfectly horrid the Swedes are to them.  "Why, they expect us to learn Swedish and fit in with their culture!"  Horrid, perfectly horrid.


Of course the problems facing Muslims in Malmö are all the fault of Sweden!  How could I have thought that there may be some responsibility on Muslims to accommodate themselves to the host culture?

When I first went to China in 1976, I learnt Chinese, took a Chinese name and wore Chinese-style clothes.  I didn’t think it was unreasonable of China to expect this of me, or that China had some obligation to make concessions to me — and that was me living there for just four years, not even being a long-term immigrant.  I just thought that doing so was common courtesy; learn local, become local.

It’s not at all unreasonable for Sweden to expect its immigrants to hew to Swedish customs and mores.  If that means taking a Swedish name and learning Swedish, so be it; that’s not asking too much.

And you ignore the much worse plight of the Jews in Malmö, a plight directly resulting from the influx of Muslims to the city.