The Greenies have ruined our planet.... 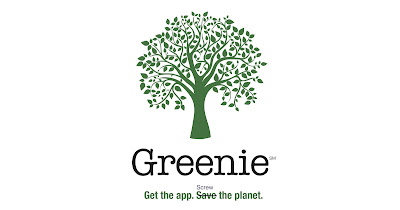 Two "N words":
NUCLEAR and NADER
(1) Nuclear
I can remember back in the sixties when we were going to build hundreds of nuclear power stations around the world. Even Australia, my country, would have done so.  But that didn't happen. It didn't happen largely because of Greenpeace's war of scaremongering about nuclear in which Nader was complicit.
Nuclear was then, and remains to this day, the most economic, the most reliable and the most clean way to generate the sorts of power the earth needs. It is most important as reliable caseload power for the times that the wind doesn’t blow, the sun doesn’t shine.
Instead, because of Greenpeace, we don't have anything like the number of plants we need ( 4,000 vs the 440 we have would make all the world’s electricity production carbon neutral). As a result we've relied much more on fossil fuels which we all hate -- yes, we agree with Greenpeace there. And as a result we've blown right past the 395 ppm of CO2 which is said to be some kind of red line which we should not have passed.
All due to Greenies.

ADDED: see my earlier “Greens have caused climate change”
(2) Ralph Nader
Nader was the third party candidate in the 2000 US election, running for the Green Party.  He took part even though many Democrats warned that he could take votes from Al Gore.  He denied that he did. But he did.  It's undeniable that the votes he won took the election from Gore.  (Here is the link to the spreadsheet that I did on the election results).
George W Bush won the Presidency by 271 to 266 Electoral votes.
In Florida, Bush "won" the popular vote by 537 votes (2,912,792 vs 2,912 253), which gave him Florida's 25 Electoral Votes.  (put aside the whole drama of hanging chads, etc).  Nader took 97,488 votes in Florida.  Had Nader not participated, the majority of these votes would have gone to Gore. Estimates are that about 80s% of otherwise Nader voters would have voted for Gore.
It actually needed  only 538 of Nader voters to turn up and vote for Gore, or 0.55% of Nader voters. If 80% of Nader voters had turned up to vote, Gore would have won Florida by over 77,000 votes.  And so, Florida's 25 electoral votes would have gone to Gore.
Gore would have won by 291 Electoral Votes to 246.  A win by 45 Electoral votes, far higher than Bush's slim 5 votes.
There's also the Nader votes in New Hampshire. Net result...

There's simply no doubt that many otherwise-Nader voters would have turned up to vote for Gore, had Nader not been there. As a result, Gore would have won the Electoral college vote (the only one which counts) by 295 vs 242, or an Electoral Vote win by 53. Gore would have won the election.
So: Nader's claim (to this day), that his vote didn't spoil Gore's chance at the presidency, is simply nonsense.
So what if Gore had won the presidency?  Well, there's 9/11.  Gore said at the time that he would have sent Special Forces into Pakistan and Afghanistan to search for Osama bin-Ladin. I can remember him saying that, at the time.  And this would have been a far wiser thing to have done. Not the attack on Iraq and then the attack on Afghanistan.  Let the Special Forces handle it, as they did in the end anyway.
That may well have meant less chaos in the Middle East than we have now. (though I don't blame all the chaos on the US. They bear plenty of responsibility themselves -- eg, Tunisia and the beginning of the "Arab Spring", Syria made chaos on its own, etc).
So, there's part one of the Greenies' responsibility for their part in the destruction of the world: for Nader, let's recall, ran as a Green Party member.
Because Nader so Bush.  Because Bush so Iraq war.  Because Iraq war so Middle-east chaos.
- July 31, 2017