"What Blair should have said"

A good article by Melanie Phillips on 26th April, copied in full below, in case link breaks.
She's pretty much spot on in her analysis, in my view.
Especially the point that Blair, while identifying "radical Islam" as the greatest threat to the West (which it is), harms his own case of "understanding" this threat, by claiming that the radicals are "perverting" the "true message of Islam", which, he claims, is "peace".  It's not, as I've often pointed out here.  The core message is in the Trinity of Islam, and is that Islam must dominate the world, by its own clear doctrines, and must do so by violence, if necessary...
As Phillips says:


This is the argument that Islam is really a religion of peace and so the extremists don’t represent “true” Islam. But this is not correct. While millions of Muslims around the world do shun the violent or extreme tenets of the religion, these are endorsed by all the Islamic authorities who matter.

It is more correct to say Islamic radicalism is a valid interpretation of Islam, no less “true” just because it is not universally endorsed. Yet Blair elides “interpretation” with “perversion” – thus undermining his own message that the West doesn’t understand the nature and severity of the threat from the Islamic world.

She also says we should give more support for Israel, the one "beacon of stability and freedom in the whole region".  Spot on.
The full article is below the fold..

"A Protestant country is a free country" 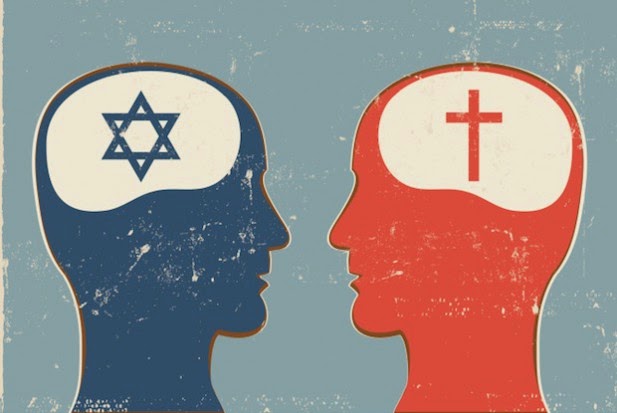 This wonderful article in The Spectator, by Julie Burchill pretty well sums up the way I feel about religion.  I'm an atheist, but a Christian atheist. That is, as Ms Burchill says


"... I’m not a Christian, but I want to live in a Christian country — a Protestant country, specifically, as I believe that it is the best guarantor of my freedom and the freedom of others, many of whom I disagree with."

Not all religions are the same.  In the UK, as Burchill correctly notes, when she left her synagogue:


"... the liberal rabbi’s insistence that all religions were equally worthy of respect began to sound increasingly hollow in the face of the increasing intolerance and bigotry of Islamism."

She identifies herself as a philo-semite. So do I. So should more people.

If the link above breaks, here is a pdf.

Muslims shut down university screenings of film about Islam and women

There’s a new film, “Honor Diaries”, in which Muslim women speak out against the oppression of women endemic to their faith.  The description ishere, and I’ll give an excerpt:

The film gives a platform to exclusively female voices and seeks to expose the paralyzing political correctness that prevents many from identifying, understanding and addressing this international human rights disaster.  Freedom of movement, the right to education, forced marriage, and female genital mutilation are some of the systematic abuses explored in depth.
Spurred by the Arab Spring, women who were once silent are starting to speak out about gender inequality and are bringing visibility to a long history of oppression. This project draws together leading women’s rights activists and provides a platform where their voices can be heard and serves as inspiration to motivate others to speak out.

It was scheduled to be screened on two campuses: the University of Michigan at Dearborn and the University of Illinois in Chicago. The results were almost predictable. The Council on American-Islamic Relations (CAIR)—the same group that complained to Brandeis University—protested that the film was “Islamophobic”, and the two school duly canceled the screenings.
Read on...

One doesn’t automatically associate Jon Stewart, the king of cable news comedy, with a topic like the role of women after the Arab Spring, but after listening to him expertly moderate a panel surrounded by four Arab spring activists—three of whom were draped in hijab head covers—it made perfect sense.

"When Your Son Is a Suicide Bomber"

In the report of failed UK suicide bomber and recent convert to Islam, Andrew Ibrahim, there's a telling quote from him:


”It is of significant importance that we all come together to root out extremism and the poisonous propaganda that is in our communities and on the Internet.” [my emphasis]

Telling? how?  Well, what the article does not address are these questions:
The answer to both questions is easy: it's the Koran and the Hadith (the sayings of Muhammad).  These make it abundantly clear that what a Muslim must do is propagate his religion, violently if necessary.  Killing infidels is exhorted.  In other words "poisonous propaganda" is just another phrase for the normative teachings of Islam, the Islamic Trinity.
But, of course, to mention this key and vital fact would be "Islamophobia".
- April 04, 2014

Obama has promised to "get to the bottom" of what motivated the shooter in today's edition of "shoot the soldier", the latest shootings at Fort Hood in the US.
Really?  Last time around, when Major Nidal Hasan killed 13 of his fellow soldiers, the official report into it did not mention, even once, Islam or Islamism as a cause.
Yet Hasan called himself, on his name card, a "Soldier of Allah".  He gave away copies of the Koran before he went on his rampage.  He had given slide presentations which included verses from the Koran calling for the killing of "infidels".  During the shooting he was yelling "Allahu Akbar", god is great, the grim precursor to an atrocity.
But motive?  As far as Obama, and Obama's satraps in the Defence Department were concerned, nothing to do with Islam.
Later, in the Benghazi attacks against the US consulate, Obama made every attempt to steer the responsibility away from Al Qaeda, who were later shown to be the ones responsible, and onto some guy that had made a rather silly movie about Muhammad.  A US guy, by the way, who was promptly jailed for exercising his freedom of speech.
So, "get to the bottom" of this one? I think not.
Already they're in the "don't blame Islam" mode.  They admit they know nothing about the today's Fort Hood shooter.  But they say that "it has nothing to do with terrorism" (aka Islamic terror).
And the BBC is as bad.  They have many times today talked of Hasan's shootings at Fort Hood; not once did Islam or Islamism feature.
All this is nothing short of applying Islamic Sharia law -- no criticism of Islam allowed -- to the west's largest power.

"How I’ll End the War": Notes from an Officer on His Way to Afghanistan

Here is an American military officer’s first hand account of war, how it’s fought and how it ends.
Nick Willard is the pen name of a service member heading to Afghanistan on one of the final deployments in the closing days of America’s longest war. He will write what he sees in an ongoing feature for The Daily Beast that will appear as regularly as his schedule allows.
To speak openly and freely, to tell the American people and the world of readers on the web about the truth as he finds it, he has chosen not to use his real name.
Read on...
- April 03, 2014

"Why Moderate Islam Is an Oxymoron"

Much discussion in the bloggosphere, over the years, on the vexed issue of whether or not there is such as thing as "moderate Islam", or whether there's hope for it to become so.
Interesting discussion with pros and cons at the article here.  Includes discussion from two knowledgeable and thoughtful commentators, Raymond Ibrahim and Daniel Pipes.
Snip/:


Raymond Ibrahim’s recent article, “Why Moderate Islam Is an Oxymoron,” has provoked controversy and many responses, including from Daniel Pipes on NRO, who believes in the possibility of Islam’s reform.  Earlier, Ibrahim—a Shillman Fellow at the David Horowitz Freedom Center—discussed the topic of his article on CBN News. It follows: