I've written a few times about Sweden and the problems it's having with its Muslim immigrants.
Here is an interesting first-hand eye witness account with what seems to me a balanced view of daily life in Malmo, where the problems are said to be most acute.
- January 29, 2018


I read Stephen Pinker's "Better Angels of Our Nature" some years ago. I think I bought it because Bill Gates had said it was his favourite book of all time.
I can't count the number of times I've quoted it to counter assertions that the world is going to hell in a handbasket. (Not that it's always had an effect, mind, as people hold to beliefs for emotional, not always rational or fact based reasons).
Pinker even has a YouTube on progressives denying progress. (And it's always progressives, especially of the regressive Left, who hew to such views.). https://youtu.be/PnitLNObR7c
Here's Bill Gates' new favourite book: Stephen Pinkers follow up, "Enlightenment Now".

Muslim victimhood and apologia in The Age

Muslims the biggest victims The horrific terror attack in Kabul has killed over 95 innocent civilians and injured hundreds more. This attack again demonstrates that Muslims are in fact the biggest victims of terrorism. It is only when attacks such as these get as much media coverage as those in the West, that the public will begin to realise that these extremists are the enemies of humanity at large. Khizar Rana, Walkerville, SAA weekly occurrence  As an Ahmadi Muslim, I strongly condemn the terrorist attacks in Kabul in recent weeks and my prayers are with the families of the victims. Most people don't realise that most victims of terrorism are Muslims themselves. The number of attacks that happen in Western countries during a year occurs every week in Muslim countries. Two attacks in two weeks in Kabul have seen hundreds massacred but I don't expect Islamophobes to highlight the religious affinity of victims because then they can't blame Islam if such an atrocity occurs in a Western country.

Link to Kerryn Pholi's fascinating article.
Kerryn also has interesting views on today's Australia Day, aka "invasion day" ~ the British  "invasion" was a loss for aboriginal men; but not so much for aboriginal women who were given opportunities, with settlers, to get away from a patriarchal and violent (to women) male aboriginal culture. They were liberated, she says.
She's of aboriginal descent herself. But not a "victim". Rather she thanks her ancestral grand/mothers for running away from their stone age males.
Interesting woman, and worth reading her other articles via Google News.
- January 26, 2018

Email ThisBlogThis!Share to TwitterShare to FacebookShare to Pinterest
Labels: Australia

“Some inequality needed” | The Age

LETTER TO THE AGE PUBLISHED TODAY (26th Jan 2018) AS BELOW:
Your readers, and indeed leader writers, seem uniformly to believe: income inequality, bad; income equality, good. Allow me to dissent. China of the 1970s cured me of this absolutist view. When I first went to live there (1975), it was a very equal economy. From top leaders to factory workers, all earned pretty much the same – about $50 per month. This gave it a low (that is, "good") Gini index of 0.24.
Since then, China has opened up its economy and boomed. According to the World Bank, more than 500 million people were lifted out of extreme poverty as its poverty rate fell from 88 per cent in 1981 to 6.5per cent in 2012. But as this happened, inequality increased to give China a higher (that is, a "bad") Gini index of 0.46.
Someone has noted that inequality in an economy is much like water for plants. Water is needed, but too much and the plant drowns. And so for our economy. Unless we want the stultification of communism, some inequality is needed. Just not too much. Therein is the rub. But what seems certain is that it is not an absolute all or nothing.
Peter Forsythe, (former general manager for Austrade East Asia), Hong Kong
- January 26, 2018 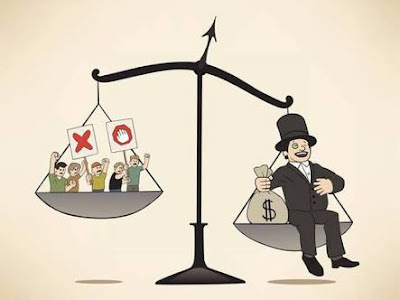 LETTER TO THE AGE, MELBOURNE

Your readers - and indeed your leader writers - seem uniformly to believe income inequality, bad; income equality, good.
Allow me to dissent.
China of the seventies cured me of this absolutist view.
When I first went to live there (1975) it was a very equal economy. From top leaders to factory workers all earned pretty much the same - about $50 per month. This gave it a low (ie "good") Gini index 0.24.
Since then it has opened up its economy and boomed.
According to the World Bank, more than 500 million people were lifted out of extreme poverty as China's poverty rate fell from 88 percent in 1981 to 6.5 percent in 2012.
But as this happened inequality increased to give China a higher (ie "bad") Gini index of 0.46.
Someone has noted that inequality in an economy is much like water for plants. Water is needed, but too much and the plant drowns.
And so for our economy. Unless we want the stultification of communism, some inequality is needed. Just not too much. Therein is the rub. But what seems certain is that it's not an absolute all or nothing.
P F etc...

LATER: This was run the on the 26th January in The Age

Interesting article all the more so because in The Guardian...
- January 18, 2018

Email ThisBlogThis!Share to TwitterShare to FacebookShare to Pinterest
Labels: Environment

LETTER TO THE AUSTRALIAN
[NOTE to Letters Editor: this is not a letter to the editor so much as a comment to pass on to Mr Loosley, if you would. But by all means publish it if you wish]:
Mr Loosley, I found your article today well argued and persuasive. A good summary of how Australia ought to play its multilateral ties to best advantage in this increasingly complex world.
But...
The figures on Chinese vs US economy projections can't be correct.
For the Chinese economy to be worth $42 Trillion by 2030 it would need to grow at 8% pa*. That used to be the case but is no longer.  Growing at the more likely 6% pa would give it a nominal GDP of about $30 T by then. (And even that may be a stretch)..
The US economy is worth today some $24 T. So for it to be the same in 2030 means zero growth, again unlikely.
If the US grows instead about 2% pa, its economy would be some $ 35 T, still larger than China's, not 43% smaller as implied by the Treasury figures quoted.
This doesn't invalidate the point you make about the importance of our relationship with China and of its with the US. But still, lies, damned lies... and all that. Best to get the figures as correct as possible in these days of "fake news", what?

Of Leftism and Racism. (And shitholes and hypocrisy).

Those of the US Left argue that the Salvadorans on temporary protected status visas should not be sent home because El Salvador is still a corrupt, dangerous country, rife with crime and under the control of criminal gangs; riven by unspeakable violence and endemic poverty.
Yet when Donald Trump argues that countries like El Salvador, Haiti and other similarly lawless countries are “shitholes" for the very same reasons put forward by the Left, he is described at racist.
He might use colourful language, he might even be racist, but it cannot be because he agrees with the Left about El Salvador and the like. He is described as “racist" because that is the extent of the Left's arguments.
- January 16, 2018

Email ThisBlogThis!Share to TwitterShare to FacebookShare to Pinterest
Labels: The Left, Things I don't get, Trump 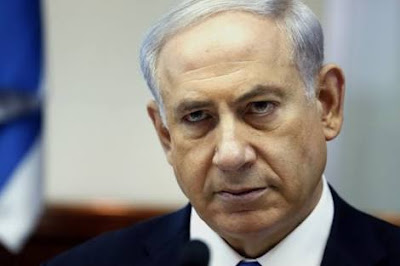 Speaking truth to NATO. And a lot of common sense that we must heed. The potential, forthcoming, Sunni-Shi'a battle over the Middle East with severe and bad impacts in Europe.
Netanyahu be de man...
- January 11, 2018

LETTER TO CANBERRA TIMES
Poor Jenna Price! She "spent months crying" at Hillary's defeat by Trump. But then she has the gall to call Trump childish. ("US, tell Trump to grow up or get out", 9 January).
In the very next sentence she inoculates herself against the possibility that anything Trump did could change her mind. Not saving the world, not curing cancer. Nothing will budge her from her Trump hate. That Trump is evil, a Nazi, a homophobic, misogynist child. (I think he is none of these, by the way).
Such hyperventilating hyperbole will do nothing to help win the presidency for the Democrats in 2020.
Instead of snide sarcasm — which passes for clever humour to the likes of Price — what's needed is an understanding of what made so many vote for Trump. And what made so few vote for Hillary — at least in those heartland states where it mattered not in the liberal states where it didn't. Imagine how bad Hillary had to be to lose to a man now claimed to be senile, mentally unstable and childish!  Democrats must learn from Hillary's defeat not continue obsessively to re-litigate it.
To be clear I am not and have never been a Trump supporter. But I do know some Trump voters, unlike, I suspect, Ms Price from the dismissive way she speaks about them. They are not all knuckle dragging troglodytes. Indeed those I know in Hong Kong are smart liberal minded folk.

Come on Ms Price! It's time you did some growing up yourself. Or stop with this repetitive, boring whinging.
P F etc
- January 10, 2018

Islamic Terrorism is Motivated by Religion, Not Retribution - Areo

Another good article in Areo Magazine about the apologia for Islam.
- January 09, 2018

Islamist extremism: dance with an enemy we dare not name 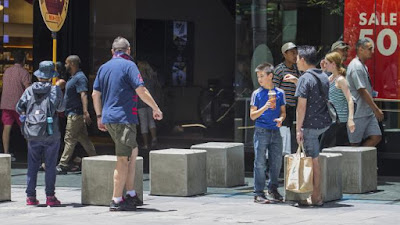 Good take on the issue. Here the latest attack, clearly terrorist-based according to the perpetrator hikes, is staunchly blamed on mental issues...
Comments are good too....
- January 03, 2018