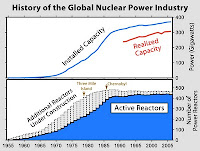 Just now, 09:00 Hong Kong time, BBC Radio read out my letter  to them of the other day -- whoof!  All credit to them, though, for I'm sure my views would not be shared by the majority of staff on the Beebs...  To be fair to the BBC, they have read out a number of my letters over the years, so they do broadcast wide variety of opinions.

Still, it's not that often I hear my name on the radio that it's not slightly surprising each time it is.  So it was odd hearing it read out, my first thought being "that's strange, a guy in Hong Kong with the same name as mine..."
[website for the chart above: here]
- March 29, 2010

Moore Island is no more

Letter this morning to South China Morning Post:
New Moore Island is No More Island, owing, we are told, to “global warming”. (“Island that nearly sparked war is no more thanks to warming”, March 26).  Well, goodness me!  I live by the sea, but haven’t noticed that it’s risen two metres in the last decade.  For while your headline  clearly buys into Jadavapur University Mr Hazra’s view that New Moore Island near India has sunk due to “global warming”, in the next breath we are told that in the 1990’s it was two metres above sea level.  Something fishy here.  And it should have been picked up.  Two metres?? Due to “global warming”?  Clearly New Moore Island is No Moore due to the regular geological rises and falls of land throughout the world and if global warming did play a part it could only have been the minor one.
Yours, etc
Discovery Bay
So you decide.  Is it sea rises of two metres in a decade?  "Drowning Island", or "Sinking Island"?  The latter, surely.
Article below.  I have to post it all, as it's subscription only. 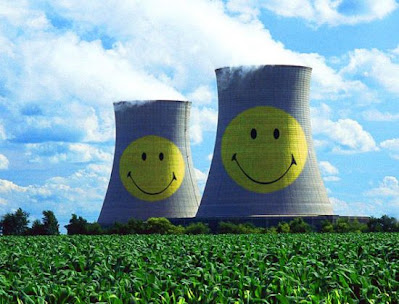 BBC radio (world.business@bbc.co.uk) this morning was seeking comment on Nuclear Energy, asking "do we want to have a nuclear power station for every village in England?"  And I don't think they were being sarcastic...
My comment (which the Beebs read out next day...):

The same old friend that took me to task for living in a place (Hong Kong) which was lacking in "soul" and had "no empathy for the have nots", which I countered here , sent me the above cartoon, part of a mail-round, which had the comment "Guess we all came off a boat some time ago".
To be frank I found the cartoon and the comment a bit perplexing, the more so the more I thought about it.  I presume that it's meant to be a call for tolerance, for tolerance of all the immigrants who would come to Australia for a new life.  We should remember that we "all came off a boat", we were all given the opportunity in the Lucky Country and we should open our hearts to those who would just do the same today.

What to do about Sharia?

Those of us concerned about creeping Sharia in the west are sometimes asked “so even if we assume you are right, and it's not an exaggeration to say that there is a "global jihad, which works daily to impose the discriminatory and brutal strictures of Sharia upon free people” -- and we're not saying we agree, mind -- but even if we grant the danger, then what should be done?”
Read more »
- March 26, 2010

Why worry about Islam?

The following pretty much sums up why I get fussed about the threat of Sharia by stealth, the slow and steady inroads of Islamic practices pressed onto countries with growing Muslim minorities.  It was written by Robert Spencer and I can't see much (indeed anything) wrong with standing against the global Jihad on this basis.  He's talking about a new forum he has set up, called the Freedom Defense Initiative, which, says Spencer


stands for the human rights of people of all creeds, colors, and sexual orientations against the global jihad, which works daily to impose the discriminatory and brutal strictures of Sharia upon free people. Sharia denies basic rights to women, non-Muslims, and gays, and exalts its brutal and inhumane system as divine law.

Too alarmist?  Exaggerated?  No, not if you look into it.  It's the real and present danger. 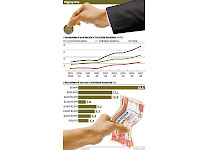 In a word: leader.  Hong Kong is THE world leader in charity giving, whether by government or by individuals.


"glittery shiny plastic consumer driven fantasy world of muchos $$$$ and such waste and no heart or soul or empathy for the have nots".

I first did a quick bit of research.

An Open Letter to Geert Wilders by David Solway

Below is a thoughtful open letter to Geert Wilders , who is facing trial in the Netherlands for so-called "hate speech" for criticising Islam.  Solway spends some time on the vexed issue of whether there are "moderate" Muslims and if there is a difference between "Islam" and "Islamism".  I well remember the first time I read the Koran a decade ago and thinking "if this is what we have to deal with, we're in trouble".   Solway quotes Roger Simon on this point:


“if Wilders is correct, and the line between Islam and Islamism is as blurred as the Dutchman posits, then we in the West are in very deep trouble indeed.”

And we are in deep trouble indeed.   Solway's full letter is below.  It's an important read. 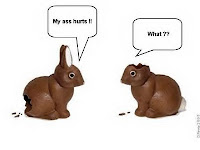 Did Saudi Prince Saud al-Faisal cut off the bunny’s ears and scoop out its little brain?   Maureen Dowd is the choc bunny candidate here....

I shook my head in amazement at Maureen Dowd’s admission of her ignorance of Islam (“Pilgrim non grata in Mecca”, IHT/New York Times, 11 March 10).  For she reveals not only her ignorance (“… on my odyssey to Saudi Arabia, I tried to learn about the religion that smashed into American consciousness on 9/11…”), but also her ignorance of how just ignorant she is.
Read more »
- March 11, 2010

We have all long known of the mathematical bent of Charles Dodgson, writer of the Alice stories, as "Lewis Carroll".  After all, he was professor or Mathematics at Oxford.  In this article , though, Melanie Bayley sheds some fascinating light on some aspects I didn't know about:  like the algebraic references to Alice's change in size, the meaning of the Cheshire cat's grin, "pig and pepper" parodying the principle of continuity, and more.
As we have Alice again on the big screen, courtesy of Tim Burton, this is very timely and I wanted to save the link above.  Burton was interviewed on BBC radio yesterday, but showed no indication that he knew even the smallest part of the mathematics of Alice's adventures, and I wonder if he does.
In times of slight madness of US Tea Partiers, it's nice to come back to the "sanity" of the Mad Hatter and the March Hare's Tea Party, here in this early March of the second decade of our new millennium.

Article copied below, for ease of reference.

'Australian Muslim leader calls for implementation of "elements of Sharia"'

Above headline was in the Sydney Morning Herald  on 8th March and elicited many comments, most, thankfully, firmly against the instigation of two laws in our country, one for we infidels and one special law for Muslims.
It brought to mind a discussion I had with some old Aussie mates here in Hong Kong and which I posted here .  On that thread there's a lot of interesting comments, especially from "dumbledoresarmy", a mum (grandmum perhaps) from Oz, whose posts are always interesting.
Here's what I said there....