The Real Agenda Behind the Push for "Islamophobia"

"Islamophobia" is a bogus term.  Here's a good summary of the issues.
Snip/:


Islamists have been successful in building the Islamophobia industry: it diverts attention from activities they would probably prefer not be noticed, such promoting sharia law in the West, stealth jihad and a push to implement a global Islamic Caliphate, among many others. Any non-Muslim who questions the Islamists' intentions to promote the agenda of the Muslim Brotherhood is immediately slapped with an Islamophobia fatwa [religious opinion], thus rendering most well behaved and civil Westerners, silenced and apologetic.
This is not only racist but, for the most part, a form of emotional extortion intended to extract special concessions from well-meaning but gullible people the West.
Islamophobia is also a convenient pseudo-cause around which to whip up young followers: they are informed, whether true or not, that they have much to be aggrieved about and that the only solution is to close down free speech, demonize all who might have an opinion that differs from theirs or who ask "inconvenient" questions, and to start creating an authoritarian political movement in which they might feel a meaningful participant.

Email ThisBlogThis!Share to TwitterShare to FacebookShare to Pinterest
Labels: Islamophobia

Mark Steyn on jew-hatred in Europe, carried out by adherents to the Religion of Peace:


...the violent, murderous phase of the new Jew-hatred is already here - in the emergency ward of the Royal London Hospital; in the corpse-strewn schoolyard of Toulouse; in the synagogue in Brussels set alight by Molotov cocktails; in a pleasant Jewish home in Antwerp, where burning rags were pushed through the mail flap; at the RER train station in Auber, where a commuter was savagely assaulted by a mob taunting, "Palestine will kill the Jews"; in the suburban home where a young Frenchman was tortured to death over three weeks while his family listened via phone to his howls of agony as his captors chanted from the Koran; in the stairwell of the apartment house where a Paris disc-jockey had his throat slit, his eyes gouged out, and his face ripped off by a neighbor who crowed, "I have killed my Jew!"

Email ThisBlogThis!Share to TwitterShare to FacebookShare to Pinterest
Labels: Jews

The search for a moderate form of Islam goes on.
In this article, Frederick Starr stakes the claim for Central Asia.
Money quote:


While violence rages on in Syria, Iraq and Afghanistan, the predominantly Muslim countries of the former Soviet Union — Kazakhstan, Kyrgyzstan, Tajikistan, Turkmenistan and Uzbekistan — are experimenting with secular governments and free markets. Their efforts have had many fits and starts, but the West should recognize that their struggle to come to terms with modernity holds huge potential for the Muslim world as a whole, and may someday serve as a template for promoting peace among warring nations. Yet Washington continues to underestimate their cultural importance and potential impact.

Bowing low, as I do, before the qualifications of Mr Starr -- inter alia chairman of the Central Asia-Caucusus Institute and the Silk Road Studies Program at John Hopkins University -- still, I wonder why he quotes the medieval imam al-Ghazali in support of his thesis.  "Few thinkers stood higher than Abu Hamid al-Ghazali" says Starr.
Indeed, but for good or ill?
I've recently read the excellent -- scholarly, yet readable -- The Closing of the Muslim Mind, by Robert Reilly.
Reilly agrees on the importance of Ghazali (1058-1111).  He is


"considered by many Muslims to be the second most important person in Islam, next only to Muhammad [Reilly, p93].

In medieval Islam there was a battle of ideas between a rationalist, hellenist group of philosophers, known as the Mu'tazalites, and the anti-hellenists anti-rationalists, known as the Ash'arites.  The Ash'arites found their most potent voice in al-Ghazali.  And al-Ghazali won the battle of ideas, with consequences to this day.
In 1195 CE books by the Ash'arites were incinerated in the town square of Cordoba. Any innovation, any recourse to reason, to cause and effect, was thenceforth banned:


"... In the eleventh century it became accepted that the gate of itjihad [the study and amendment of Islam] was closed... Since then Sunni Islam has adopted the official position that no new interpretations of the law can be entertained and that what seemed right in twelfth-centry Cairo or Baghdad must seem right today" [Reilly, xi]

Al-Ghazali was profoundly anti-science.  Allah, in his view, was the sole agent of all things:


"The catastrophic result of this view was the denial of the relationship between cause and effect in the natural order... [Ghazali] insisted that God is not bound by any order and there is, therefore, no "natural" sequence of cause and effect..." [Reilly p62].


"For example, there is no causal connection between the quenching of thirst and drinking, satiety and eating, burning and contact with fire.  Light and the appearance of the sun, death and decapitation, healing and the drinking of medicine, the purging of the bowels and the using of a purgative...." [Al-Ghazali The Incoherence of the Philosphers p170, quoted in Reilly, p63]

Challenging Ghazali, the Mu'tazalite Averroes (1126-1198) said: "The denial of causality makes genuine knowledge impossible" [Reilly 67].  But Averroes' books were burned.  And thus, Reilly shows, the profound abhorrence that Ghazali preached, abhorrence and fear of reason, of rationality, of cause and effect, of investigation, of debate, of curiosity, of tolerance, all became embedded in Sunni Islam.
They became embedded into Sunn-Islam unto this day, in a direct line from Ghazali to Hassan al-Banna, founder of the Muslim Brotherhood (and grandfather of the oleaginous Tariq Ramadan), to Sayyid Qutb, the Brotherhood's greatest -- and still revered -- ideologue, to Al-Qaeda, to Hamas, to Jemaah Islamiyah and to the rest of the Sunni Islamist pantheon.
And in Central Asia, the focus of Starr's hopeful piece, the hateful Hizb ut-Tahrir, another fundamentalist group in debt to Ghazali, has made deep inroads.
So, whether the new secularists, as Starr calls them, are to win in Central Asia -- and thence to influence the rest of the (Sunni) Muslim world, or if the traditional form of Sunni orthodoxy, rooted in Ghazalist thought, the likes of Hizb ut-Tahrir, are to prevail, time alone will tell.
Neither history nor demographic numbers are on the side of rationality and secularism.  One hopes, but fears for the worst.  In short, I hope Starr is right, even if only in central Asia; but I fear he may not be.
- February 27, 2014 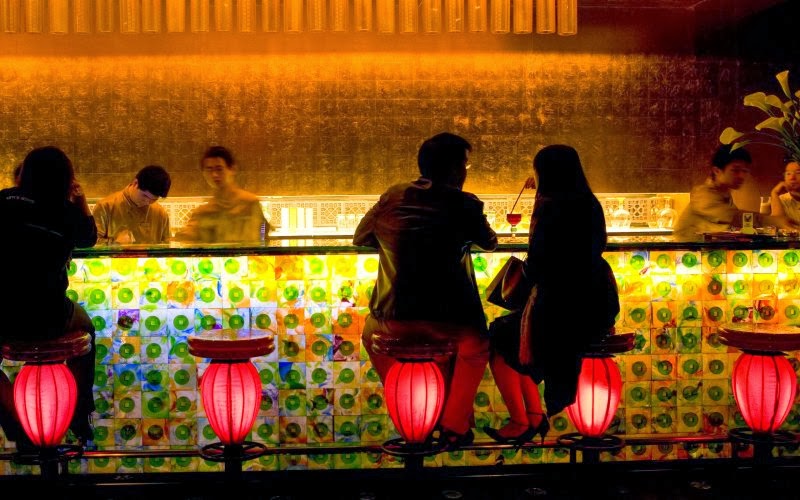 Now, the Obama administration — led by Holder — has decided that Islam is a “race,” and therefore to examine or even to adduce a Muslim’s Islamic beliefs about jihad, beheading, violence against kuffar (“infidels”), or re-establishing a caliphate is tantamount to racism. This administration behavior is rationalized because “federal authorities have in particular singled out Muslims in counter terrorism investigations and Latinos for immigration investigations.”
It is difficult to express just how willfully ignorant of reality these statements and accompanying policies are.

The extract above is from "First-Class Islam: Eric Holder Puts Muslims Above Terror Suspicion", by Eric Furnish, previously a lecturer at the US' Federal Law Enforcement Training Center, and strikes me as a sober assessment of the issues, the primary one being the conflating criticism of Islam(ism) and Jihad doctrine with "racism".  Well worth a read.  It's here.
- February 01, 2014