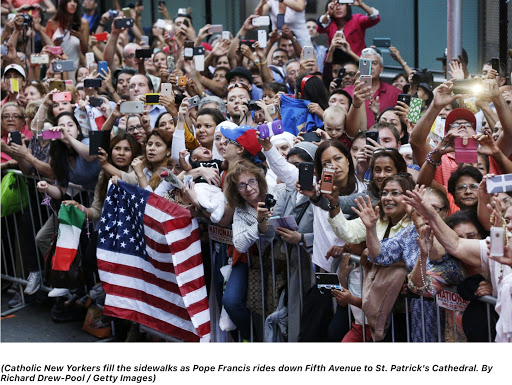 Andrew Sullivan in The Dish, pointing out some of the contradictions in anti-racist theory.

In a fascinating series of tweets, and a memo, the News Guild of New York — the union that represents 1200 New York Times employees — recently set out its goals for the newspaper, especially with respect to its employees of color. Money quote: “Our workforce should reflect our home. The Times should set a goal to have its workforce demographics reflect the make-up of the city — 24 percent Black, and over 50 percent people of color — by 2025.” It also recommends “sensitivity reads” at the beginning of any story process, and wants a pipeline for jobs with a minimum of 50 percent people of color at every stage of recruitment.

It’s a very thorough attempt to ensure that antiracism, as it is currently understood, is embedded into every individual’s job, every story, every department, every decision in the paper of record. But what I want to focus on is the core test the Guild uses to judge whether the Times is itself a racist institution. This is what I’ll call the Kendi test: does the staff reflect the demographics of New York City as a whole?

I’m naming this after Ibram X. Kendi because his core contribution to the current debate on race is the notion that “any measure that produces or sustains racial inequity between racial groups” is racist. Intent is irrelevant. I don’t think many sane people believe A.G. Sulzberger or Dean Baquet are closet bigots. But systemic racism, according to Kendi, exists in any institution if there is simply any outcome that isn’t directly reflective of the relevant racial demographics of the surrounding area.

The appeal of this argument is its simplicity. You can tell if a place is enabling systemic racism merely by counting the people of color in it; and you can tell if a place isn’t by the same rubric. The drawback, of course, is that the world isn’t nearly as simple. Take the actual demographics of New York City. On some measures, the NYT is already a mirror of NYC. Its staff is basically 50 - 50 on sex (with women a slight majority of all staff on the business side, and slight minority in editorial). And it’s 15 percent Asian on the business side, 10 percent in editorial, compared with 13.9 percent of NYC’s population.

But its black percentage of staff — 10 percent in business, 9 percent in editorial — needs more than doubling to reflect demographics. Its Hispanic/Latino staff amount to only 8 percent in business and 5 percent in editorial, compared with 29 percent of New York City’s demographics, the worst discrepancy for any group. NYT’s Newsroom Fellowship, bringing in the very next generation, is 80 percent female, 60 percent people of color (including Asians), and, so far as I can tell, one lone white man. And it’s why NYT’s new hires are 43 percent people of color, a definition that includes Asian-Americans.

But notice how this new goal obviously doesn’t reflect New York City’s demographics in many other ways. It draws overwhelmingly from the college educated, who account for only 37 percent of New Yorkers, leaving more than 60 percent of the city completed unreflected in the staffing. It cannot include the nearly 19 percent of New Yorkers in poverty, because a NYT salary would end that. It would also have to restrict itself to the literate, and, according to Literacy New York, 25 percent of people in Manhattan “lack basic prose literary skills” along with 37 percent in Brooklyn and 41 percent in the Bronx. And obviously, it cannot reflect the 14 percent of New Yorkers who are of retirement age, or the 21 percent who have yet to reach 18. For that matter, I have no idea what the median age of a NYT employee is — but I bet it isn’t the same as all of New York City.