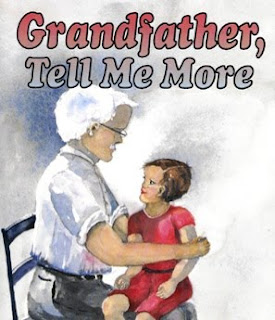 Like: when can we have democracy in Hong Kong, as you promised.... wahhh...
Michael Chugani is a local columnist here in Hong Kong that I have a lot of time for.  Here he introduces the nickname Hongkongers have for Peking (aka "Beijing"):  阿爺.

Michael Chugani is a columnist and broadcaster.

Hong Kong's ever-changing street language now churns out so many new words and expressions, so fast, that their lifespans have become as fleeting as our blue skies. Some are a bit more durable, such as the tantalising lang mo for pseudo model, which will probably be around for as long as the sexy young things themselves remain a phenomenon.
But one particular term has become a fixture in our political vocabulary.
It is neither tantalising nor sexy. It is ah yeh (阿爺), literally "paternal
grandfather".
Its literal definition has, in recent years, been overshadowed by its
political usage in everyday language. If you hear the word ah yeh,
chances are it's not being used in reference to someone's grandfather.
In the political context, ah yeh means our communist rulers in Beijing.
Everyone I asked said they now habitually use ah yeh instead of
Beijing but none seemed to know for sure if Hongkongers do this to
mock Beijing or out of deference.
It's the same as trying to get a straight answer on why all the fury over
the government's political reform package is directed at Chief Executive
Donald Tsang Yam-kuen rather than Beijing, or ah yeh, if you prefer.
No one can provide a ready answer that makes sense.
I don't know if Beijing likes being called ah yeh, if it cares one way or
another, or if the rulers there even know that's what Hong Kong people
call them.
Certainly, the literal usage of the word carries much respect. In
traditional, especially wealthy, Chinese families, ah yeh is the decision-
maker in all important matters.
And that is precisely why Hongkongers call Beijing ah yeh, at least
according to some of the people I asked. Beijing calls all the important
shots in Hong Kong. And what it decides is final, even though Hong
Kong is supposed to have a high degree of autonomy in its political
affairs.
When Hongkongers used ah yeh as a substitute, they are in fact
reflecting a clever mix of cynicism and grudging respect towards
Beijing. It expresses a sentiment that differs greatly from si tau poh -
boss lady - which was what Hongkongers used to call the queen during
colonial times. The term carried far fewer political connotations when
applied to the queen.
When Hongkongers call Beijing ah yeh, they are saying they know that
the communist rulers are the new bosses now that the British have
gone. They are saying they know ah yeh has the final say. But they are
also saying that the grandfather in a family belongs to a past
generation. He is old-fashioned, often stubborn, won't listen to other
views, and out of sync with the true desires of those whose decisions
he insists on making.
So if it is accepted that ah yeh wah sih (阿爺  話 是), or "what Beijing says goes",
why are critics not blaming the central government for what they see as
serious shortcomings in the new political reform package?
Beijing, not Tsang, ruled that Hong Kong must wait until at least 2017
for the first stage of universal suffrage. Yet Hong Kong people
consistently give the rulers in Beijing far higher marks than Tsang in
public-approval ratings.
The people know Tsang's orders come from Beijing. It is delusional to
think he can make his masters do things they oppose. Yet his critics
act as if he alone is to blame for denying them the democracy they
demand.
Even former chief secretary Anson Chan Fang On-sang, a vocal critic
of the reform package, has unleashed her wrath solely on Tsang,
studiously avoiding pointing the finger of blame at Beijing.
The reason is simple. Tsang is a much easier target. Attacking Beijing
would be unpatriotic. It is, after all, ah yeh. It has made Chinese
everywhere proud. It has stood up to mighty America, made China a
superpower, sent Chinese astronauts into space and created athletes
who win gold medals.
Michael Chugani is a columnist and broadcaster.
mickchug@gmail.com
- December 07, 2009