Why no one dared challenge the Parsons Green bomber | The Specta 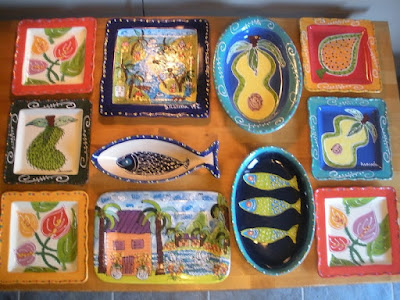 Read the full article below the fold, courtesy of The Spectator:
Here's the problem. An Asian bloke gets on to the Tube holding a bulging Lidl bag with wires sticking out of it. I don't know if it had the words 'large bomb' written in Magic Marker on the side of the bag. Anyway, a little later, it blows up, and lots of people are injured. Later again, surprise is expressed that he had been able to get through with his primitive bag of tricks. We are continually exhorted to be vigilant on public transport, so why wasn't he apprehended? Did nobody think it looked a bit suspicious? I have the feeling we know the answer to that. Just think of the howl-round, the furore, if the man had been pulled over and it hadn't been a bomb. Like the Muslim chap who was evicted from a flight last year because he had mentioned 9/11 and felt compelled to take legal action. And so that's where we are, right now. Pinned to our seats by over-sensitivity, as the train enters the darkness of the tunnel, next stop paradise.
Both of the men so far arrested for last week's outrage were the foster children of two elderly, respectable, caring, decent and honest mugs, Ronald and Penny Jones, from Sunbury-on-Thames. According to a neighbour, they were gutted to read that their charge may have carried a bomb on to a Tube train full of commuters. Better gutted than decapitated, I suppose, or incinerated. Apparently Ron and Pen had experienced a certain amount of trouble with the young man suspected of planting the bomb. We don't know what sort of trouble. Wandering around chanting stuff in Arabic? Perhaps they thought it was just a difficult phase he was going through, like acne or heavy metal. 'They just need to be loved,' one of the Joneses told the press, adding, 'It's so rewarding… They are grateful to be safe.' Well, indeed, and how spectacularly that gratitude is expressed.
The couple have housed at least 250 'children' from war-torn countries, i.e. Iraq, Syria, Somalia, the usual suspects. 'We just like to be able to help people,' they said, plaintively when they received their MBEs for… well… um… I'm not absolutely sure you are helping, if I'm honest. Your kindness and good intentions may be unquestionable. But helping? Really? Ron and Pen might well complain later that the number of foster children they reared who may have later gone on to try to bomb the rest of us was only 1 or 2 per cent of the total but it would still be too large a proportion for me. I am a bit Trumpish in the number of people from Iraq, Syria and Somalia I wish to be let into the country. I have a number in mind, a smallish number, and it is one we are told was actually invented by Islamic scholars. When nasty people aver that Islam has given us nothing, they are at least partly right.
Several points occur as a consequence. First, the speed with which the Parsons Green bombing dropped down the news agenda. At roughly the same time as our little bomb, a jihadi went berserk with a hammer in Chalon-sur-Saône, France, and attacked two women. Before this a French policeman was stabbed trying to arrest three female Muslims, just returned from Syria, who were driving with some haste towards Notre-Dame, their car full of gas cylinders. Hear much about that? We have become a little like the warren of sleek, cultured, sheltered, liberal rabbits in Watership Down whose number reduces each day because they are snared by the man who protects and feeds them. They, too, dislike talking about their plight and the deaths are not mentioned: we must accept our fate, they say. I don't know what the Islamic view of rabbits is.

Second, Mr Jones is approaching his nineties and his missus is in her seventies. Have they not been taken advantage of by the authorities?

Sign up to the Best of Coffee House email

A round-up of the best articles from Coffee House from the past week
'Have we got anyone for Ron and Penny this week? I see a new batch have arrived.'
'Yeah, give them young Mohammed for a few months and see how they get on.'
What sort of checks are made before these supposed refugees are farmed out to the kindly and the gullible? But then, I suppose, what checks are made before they are let into the country in the first place.
And then there is this. The narrative we are expected to buy into is that terrorism is nothing to do with Islam and, further, that it is a state of mind imposed upon young and 'vulnerable' Muslim men and women by an outside agency — a foreign agency and an agency which, again, has nothing to do with Islam. This is the process of 'radicalisation' we keep hearing about and I have never bought into it, having a certain respect for the concept of free will. And, I would contend, a rather less generous view of Islam's worldwide beneficence and pacific nature than the one we are all enjoined to take.
And yet here we have a young man taken into the kindly, if somewhat wrinkled, bosom of an English couple who, it may emerge, still ended up trying to terrorise people in the name of his weary God. If the Joneses had been a Muslim family, then the press and the police would be demanding to know what they knew of this process of radicalisation, and what they had done to counter it. But there is nothing to be done. The religion itself sets its people apart from the rest and, in all too many cases, this apartness leads to a hatred. Radicalisation is nothing to do with it.
https://www.spectator.co.uk/2017/09/why-no-one-dared-challenge-the-parsons-green-bomber/