"The simple innovation that made travel smoother" 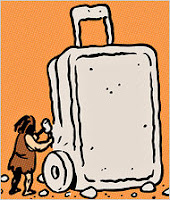 Article linked above and reprinted below, thanks to NYT....