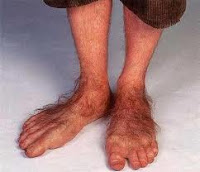 Actors' Unions in New Zealand demanded wage levels for local actors in the new "Hobbit" films be the same as their "international colleagues", rather than accepting those based on local standards.  Sound logical?  Well, yes.... if you're greedy.

Warner Bros have quite rightly told them to stuff their "Hobbit" up their Frodo, and will take the production elsewhere.

In a stunning piece of insight and self-reflection, Actors' Equity committee member, Robyn Malcolm, says
"If it does go offshore, it's going to have nothing to do with New Zealand actors.".
Riiiight...

An Associated Press report sums up the background to the dispute:

The dispute began last month when Actors Equity New Zealand arranged an international boycott of the movies after Mr. Jackson refused to hold talks on a union-negotiated collective agreement on wages and conditions for local actors, saying they should get a deal that matched those of their internation al colleagues.

Mr. Jackson [sic -- should be Sir Peter] and the films backers. Warner Brothers, MGM and New Lint-Cinema, said a collective agreement would expose Wingnut to unfair liabilities and sanctions. They said the actor would be employed as independent contractors, with pay and conditions based on local industry standards.

So: Net sum of the Union involvement on behalf of its workers: complete loss of two $US 500 million projects, the loss of all the jobs associated with it, the loss of tax revenues for the government and the loss of a further boost to NZ tourism, the land of "Middle-Earth".... 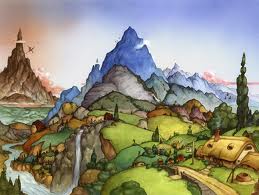