"Test your savvy on religion" 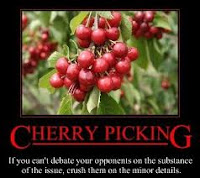 Letter to International Herald Tribune (international version of the New York Times)
Your defender-in-chief of Islamism, Nicholas Kristof, is at it again in his own version of cherry picking ("Test your savvy on religion", IHT, 11 October).  It is not we "Islamophobes" who are rushing to "inflammatory conclusions", but the Islamist radicals who quote the Holy texts of Islam to justify their murderous acts (witness the trial statements of Shahzad, the "Times Square bomber").  As Kristof must surely know, the Koran is the inerrant and universal word of god, valid for all time and for all places. By contrast, the Old Testament has effectively been abrogated in Christianity, overtaken by the far more peaceable New Testament. Moreover the Bible, in its entirety is subject to exegesis and interpretation, unlike the Koran.  [Kristof's piece copied below]


The world is not facing an onslaught of Christian or Jewish terrorists basing their actions on the Bible or Torah, no matter how bloodthirsty may some of the verses therein.

Dubious moral equivalence such as Kristof's does nothing to help identify and thwart the peril we face from determined Islamist radicals motivated by their holy books.