"The Flight of the Intellectuals" by Paul Berman 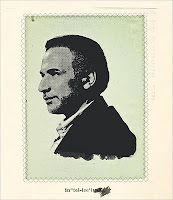 A must-read for those of interested in the plight of the "moderate Muslim": what is he, where is he, what mental and verbal contortions does he need to make to be "moderate" and still a Muslim.  In this case, the consideration is of the smoothly slickly duplicitous Tariq Ramadan, reviewed here by Anthony Julius.  He's a fraud, but so dangerous precicely because of his bromides that soothe the ears of westerners desperate to see Muslims out there who represent something, anything, that can live in a western liberal secular context -- while all the time he has a different agenda, one closer to the aims of his grandfather, Hassan al-Banna, the founder of the Muslim Brotherhood, the progenitor of Palestinian terrorism and al-Qaeda.

And what a wonder to see the attack on Ramadan from the Left!  Usually it's from the right, from where it's traditionally lambasted as "right-wing racist Islamophobia", by those who would wish to be left to slumber on peacefully.  Well, peacefully for the moment.  Just wait till Islamism takes firmer root in the west.  As Professor of Near Eastern History at Princeton, Bernard Lewis says when asked about his advice to the US:  "Two words: Wake up!"
(PS: I've yet to read my copy of this book, just wanted to note it here for now, so I don't forget)
On the issue of how to differentiate those Muslims who can live in peace and comity with and within the West, versus those who would be violently or stealthily Jihadist, with the aim of bringing Shariah law to the west, there's a careful and thoughtful analysis in Chapter Two of "The Grand Jihad", which I'm just reading.

THE FLIGHT OF THE INTELLECTUALS