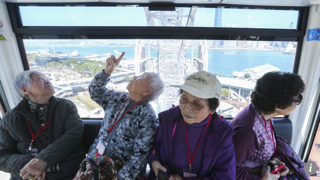 Good to see Peter Kammerer, senior writer at the South China Morning Post, admit that he was wrong.  He now makes exactly the points I made in my letter to the Post which was published on 7th December.

But I do wonder: why does it take a personal experience — his elderly mother needing household care — to change his mind?  Why could he not have empathised with others in the situation he now finds himself in, and done so before the fact?  It seems that too many people are ready to denounce others without thinking.  In his case, let's not forget that he called it "laughable" that people should want to employ domestic helpers to help with elderly relatives.  And that domestic helpers in Hong Kong were "slaves".  Yes, "slaves"!  Utter nonsense.
Still, it's good that he's come around and had the integrity to publish in full the eating of his humble pie.