A “no-deal” Brexit is exactly what was voted for 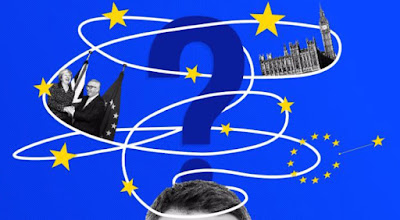 How did we get to the stage where everyone, on both sides, seems to accept that a "no-deal" Brexit is the worst of all worlds, a calamity, a disaster?  If we really do need to go ahead, say the Remainers and anti no-deal Brexiteers, if we really must, the only way is with some kind of deal.

How did we get to that understanding of things, with the anti no-deal people saying that there's no authority for no-deal.

The opposite is the truth.
Have a look at the question asked in 2016:

Seventeen million British, 52% of the voters, ticked the "leave" box in 2016. They did not tick "Leave, except for staying in a customs union and the ECJ and… and …". They voted to leave.
Therefore a no-deal departure is the only one that is a pure expression of the Leave vote.
No-deal is the deal.
It's sickening to see the Remainers on cable news prattling on about how awful, how dire, how disastrous no-deal will, allegedly, be.
It's all scaremongering, as I showed in an earlier post.
The fact is they're doing anything they can to delay delay delay so that in the end Leave doesn't happen. And yet they bleat about Boris's proroguing parliament, it's "anti democratic", a move by a tyrant, whereas it's they who are trying to frustrate the will of the people. It's they who have so frustrated what needs to be done to get out of the EU that proroguing is needed.
Hypocrites. Hypocrites all.
- August 29, 2019