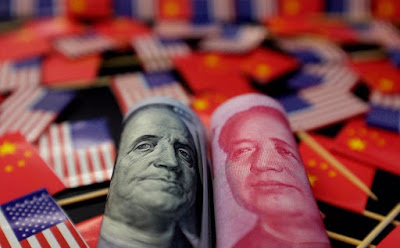 I'm posting this article not really because of its main point, interesting as it is, but because it has a dear sweet and sad little film embedded about half way down. An SCMP film by Lea Li about Xiaoguancheng village (小关城). (pron: siao gwan cherng… more or less).
Just three hours southwest of bustling Beijing it's as poor as can be. As poor as China was when I first arrived in the seventies. People,getting by, or not, on a few hundred dollars a year.
We noticed this when we took a car trip around south-west China. You just have to wander a few hundred yards off thebrand new multi-lane freeway and you're in a different world. Poor villages, more Xiaoguanchengs.
Of course China has made huge strides in lifting hundreds of millions out of poverty. But there are still the left behinds. The Xiaguanchengs.

LATER: I googled "Xiaoguancheng" and note that this film made a bit of a splash, on YouTube and elsewhere. Just that I missed it. Oh well.

Also, just as it's true that China is not all high speed trains, motorways and skyscrapers (and pollution ), so it's also not all xiaoguanchengs…