Thread by @hradzka: "Looking over the El Paso perp's reported manifesto (which, despite early uncertainty, does not look like a hoax) and an archive of the Dayto […]". ACCELERATIONISM 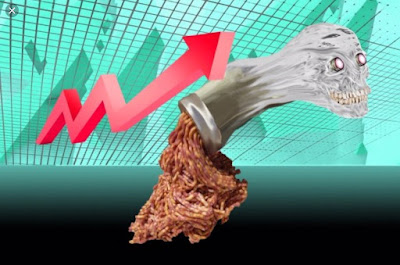 Something I did not know about: accelerationism.

The thread linked below [1] suggests a cognate in "increase the contradictions in society" of Marxism. And that I do know about from my studies in China in the seventies.
And I wonder, by the way, if it has something to do with the demonstrators in Hong Kong. Chaos  ➡️  Destroy ➡️ Rebuild.
My comment on reading the El Paso shooter's manifesto [2]. He hates both Democrats and Republicans. As well as Hispanics, of course. He makes no bones about that, but it's because, he says, they harm the environment and reduce the likelihood of universal health care. He is an environmentalist, an eco-warrior. He hates big corporates. He's surely as much a Leftie as the stated "Hard-Right hater".  And, yes, a white supremacist. He believes that “diversity” means keeping races separate. So all of that is hateful. But as much, arguably more, Leftist as Rightist.
He says explicitly that his views predate Trump and have nothing to do with Trump. And that's clear from the reading.
But, to Democrats, it's all Trump's fault. "Orange man bad". And Republicans bad. Despite elevated condemnations of white supremacy from that party, the latest being Ted Cruise.