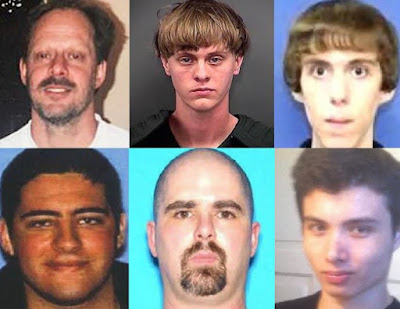 The question on CNN in the wake of the latest mass shooting on El Paso Texas.
The reporter answering the question suggested it's because they are brought up as privileged white males, told to expect they will have a nice middle class life with a "house and white picket fence and a golden retriever". And if that doesn't pan out they blame others, immigrants, people of colour, etc. They lash out. Bam bam.
I dunno. Maybe. But the explanation strikes me as squeezed into the world view of the intersectional woke Left. I'll bet there are other explanations.
The CNN anchor added: it has striking similarities with the extreme Islamists who are promised the same things. Eerie parallels, according to him.
Well, apart from fact that they're entirely different. A jihadi suicide bomber is motivated entirely by aims that are in the after life. They are doing the work of Allah not for frustrated material greed. And they hate dogs.
- August 04, 2019