A couple of cheap shots; of disasters and contributions 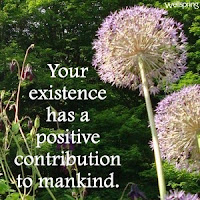 Reading about the horrible "Stampede horror" in Cambodia last weekend -- 378 killed -- I was brought up short by the chart in the South China Morning Post of 24th November "The deadliest crowd disasters of the past 20 years"(*).
There are 16 in all, from the 1,426 killed in July 1990 in Mecca, during the Hajj pilgrimage, to the 74 killed in 2006 trying to get into a television show.  Of the 16,  seven are Islam-related and five of the top six are Islamic "crowd disasters", which inevitably begs the question "what does Allah have against Muslims?".  Perhaps they were the wrong sect.  Then again, all but two of the "crowd disasters"are religiously-related, so a fairer question would be "what does Allah and/or God have against believers?".  Still, the Muslim ones are hugely greater in number.  That would be put down to "Allah's will" by Muslims.  In reality, of course, they are all man-made disasters, simply poor organisation.

I've just looked at recent-ish immigrants, not looking at the Greek and Italian (or the Anglo-Celt, heaven forbid!).  There figures are far from scientific, though they're all from the same source, to keep the comparisons "apples and apples".  I have taken the populations of various groups, then counted the "notable Australians" of that group and given that as a number per million.

Bit of a cheap shot, I know, and you may well say it means nothing.  But it does mean something, though, doesn't it?  -- the extent to which you buy into the community and make efforts to contribute to it?  Some cultures do that better. Others have a culture of keeping themselves separate.  It shows.

BTW: several of the Muslim Australian "notables" are imams at mosques.  One of them was caught on video vandalising his own mosque and later reporting it as a "hate crime" against the mosque.   He was sprung.  Oh dear.


The deadliest crowd disasters of the past 20 years
1,426 dead.  July 1990, Saudi Arabia: A massive stampede caused by a breakdown in the ventilation system amid high temperatures in the Mina tunnel, south of Mecca, during the hajj leaves pilgrims trampled or asphyxiated to death.
1,000* August 2005, Iraq: People taking part in a pilgrimage are trampled to death or drown when a crowd panics, on a bridge over the Tigris River in Baghdad, because of a rumour that two suicide bombers were present.
364 January 2006, Saudi Arabia: During the pilgrimage at Mina, people are killed in a crush during the "stoning of the devil".
270 May 1994, Saudi Arabia: A stampede during the hajj ritual of the stoning of the devil at Mina leaves 270 dead.
257 January 2005, India: A fatal crush occurs during a Hindu pilgrimage in the district of Satara, 300 kilometres from Mumbai.
251 February 2004, Saudi Arabia: Pilgrims die in a stampede at Mina.
224 September 2008, India: A stampede inside a Hindu temple in the western state of Rajasthan.
150 August 1994, Congo-Brazzaville: Most of the victims are children when a crowd panics at the end of an evangelist's sermon in a church.
150 August 2008, India: In a Hindu temple in Himachal Pradesh state, most of the victims, who were children, are crushed to death in a stampede caused by a rumour of a landslide.
126 May 2001, Ghana: A stampede breaks out following a soccer match in a stadium in the capital, Accra.
118 April 1998, Saudi Arabia: Pilgrims are trampled to death in a stampede at Mina.
90 October 1996, Guatemala: A stampede in the Mateo Flores football stadium in Guatemala City, before a Fifa World Cup qualification match.
74 February 2006, Philippines: A stampede in a queue of nearly 30,000 impoverished people trying to get onto a television show in a stadium in Manila.
- November 26, 2010