"Mosque reaching out on the web during Ramadan" 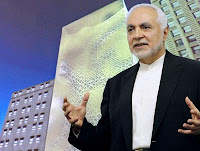 That's a headline above, in the Miami Herald of 10th August.
Shafayat Mohamed, the Imam at a Florida mosque, says he's going to video-stream some services of his mosque and opines thus:


"Just let us spread the message of Islam, let people know the better of the Koran [sic].... People will learn more, Islam will spread, people will understand...".


"Some peple have an animosity against us, but that is built on lack of knowledge".

The imam behind the Islamic supremacist mega-mosque, Feisal Abdul Rauf*, claims his baby has the same aim, to "outreach", to teach non-Muslims about Islam, so that there won't be "misunderstandings" from "a lack of knowledge".  [That's Rauf above]
Now this is just the sort of stuff that we heard in the immediate aftermath of 9/11.  That we should study Islam, to "understand" that it's really a "religion of peace", that it had been "hijacked" by an "extreme minority of radicals" and so forth.  And it led me and many others into the study of Islam.
And it led us to conclude that it's a shocker of a "religion" -- I put "religion" in quotes since it's arguable (often by Muslim spokesmen themselves)  that Islam is not a religion, or at least not just a religion, but a complete way of life, a socio-political construct, in short an ideology.  It's an ideology which is supremacist, sectarian, anti-semitic, homophobic and misogynist.
Go on..... you readers that haven't done so: read about Islam.  Do what Mohamad and Hozien and Raif urge you to do: learn about Islam and come to your own conclusions.
My conclusion: no fair-minded person can come to any other conclusion than that Islam's a nasty "religion", at all levels.  If you care for freedom of religion, freedom of conscience, the rights of women and minorities, there's nothing, nothing in the literature, history and doctrine of Islam that will give you comfort.
After I'd read a lot about Islam -- both apologist and critical, both primary and secondary sourced -- I wondered quite why these Muslim spokesmen encouraged we kufars to read about Islam to "understand" it.  For the more we did, the more we were going to be awake to its horrors.
Why do they do that?  Do they think we're dim?  Or do they really think there are these wonderful parts to Islam?  In which case, where are these supposedly wonderful parts?  I've studied pretty well the whole lot of the doctrines of Islam, some of it repeatedly --the Koran, the Hadith, the Sirah (life of Muhammad), commentaries both pro and con -- and I find nothing wonderful.  I repeat that: there is nothing wonderful in Islam.  Quite the contrary: there is lots that is horrible.  Sorry, but there it is.
If you find some "wonderful" bits, please do email me: fu.saisee@gmail.com