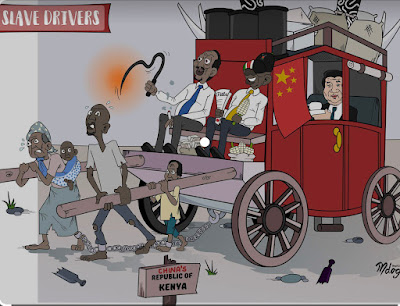 Watching a BBC story about Chinese companies doing the “Belt and Road” in Europe.

One, in Croatia, in construction, has Labour contracts that are cut-and-paste from Middle East contracts. If an employee steals, their hand is amputated. If they kill someone, even accidentally, they are beheaded. Nice, right?

Labourers are brought in from poorer countries like Vietnam and treated as indentured labourers. IOW, slaves.

(China has been doing the same in Africa, as we saw when we did our Cape go Cairo Africa car trip in 2011. Rampant oppression of local labour).