Monitoring the pandemic — sticking to the science. Not 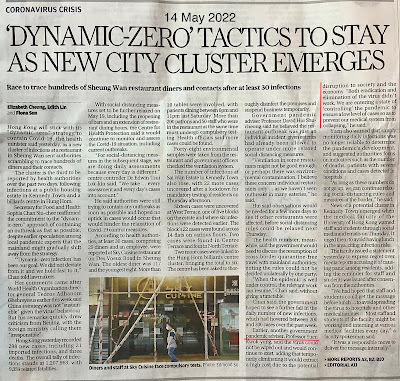 Resolutely not following the science. Which in the UK “natural experiment” shows zero restrictions has better outcomes than zero covid policy. Oh no, we’ll do what Beijing says. Which it does to save face for Xi. And to show the “superiority of the socialist system”. Which, not. (I lived in China under socialism, in the 70s. Not good. To the extent that China has got out of poverty, it’s because of market forces, not because of socialism).
Underlined above: government adviser professor Yuen Kwok-young, says we can’t achieve zero-Covid. The collateral damage is too great. And let’s not focus on cases, but on deaths and hospitalisations. Hurrah! Only about a year later than the rest of the world found that out. Also one of the reasons our hospital system nearly collapsed was because every single case, whether or not symptomatic, was sent to hospital. That was always crazy.
But they don’t seem to be taking notice of professor Yuen. The headline tells us that.
ADDED: Some of the collateral damage: 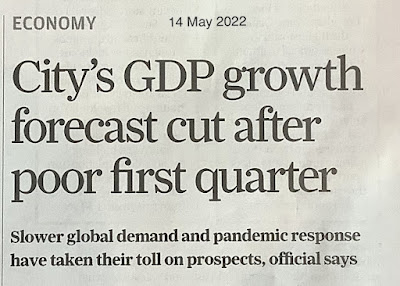