What’s the point of this “Mass Testing” exercise? 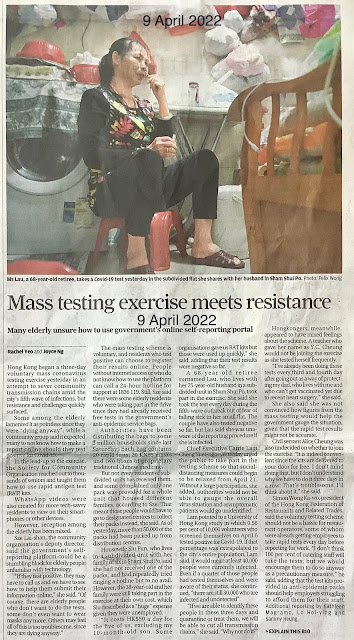 We’re in the middle of three days of voluntary RAT testing with kits that have been sent to all of us. We’re testing ourselves. If we have a positive test will we report it? No.That way you end up in a grotty 40-foot container, with no plumbing, using crappy (literally) common toilets, common showers and being brought food packages that people say is never enough. If you refuse you’re fined $10,000. For something that’s voluntary.
As a letter writer said “I’d have to be a particular kind of stupid to report a positive test”.
No. If one of us tests positive, we’ll stay at home until we test negative. Which is the way it always should have been.

So, why? Why are they doing this? If they get 10,000 people reporting positive tests what does that mean when we don’t know how many are actually positive? 50,000? 100,000? 500,000? A million? We just don’t know and the government has admitted as much. So why spend hundreds of millions on this useless exercise? Yet some people demand that we pay more taxes. To governments who continue to waste money on silly exercises like this one.