Being Bjornborgian… a realistic take on climate change 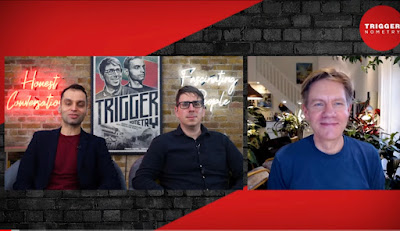 Bjorn Lomborg, head of the think tank Copenhagen Consensus, talks to the Triggernometry lads, Konstantin Kisin and Francis Foster.
TL;DR: Climate change is real and man-made; we need “renewable” policies to tackle it. That’s to say ones that survive elections. Extreme policies touted by climate alarmists will not survive elections in democratic countries. And are thus self-defeating.

Even if you’re a follower of Extinction Rebellion or similar, this talk has a lot to chew on.

I’ve long been impressed by Lomborg’s analysis. Pity is, on the extremes of climate alarmism, his views will be dismissed as “climate denial” or worse.  He’s not. He stresses innovation, a view that is mocked by the alarmist factions; but should not be. The UN climate panel reports have all said the same: climate change Is real, man made but not cause for alarm or despair. They do not support the alarmist narrative, but do support the importance of innovation to address climate change. The UN reports also, by the way, support nuclear, as, of course, so does Lomborg, especially Gen IV nuclear which requires… innovation! Which will reduce costs and time-to-market.

RE: @06:15: Lomborg’s point on the drop in people killed by climate-related catastrophes (typhoons, floods, droughts), which were 500,000 a century ago and just 7,000 in 2021a drop of 99%), we have seen it right here in Hong Kong. We used to have hundreds, sometimes thousands, killed by each typhoon (“hurricane” in the west), where’s since I’ve been here, forty years, there have been zero killed. That’s because we adapted and got better at protections. And we have those protections because we’re rich. Contrast poor Haiti, where the last typhoon killed over a thousand people.