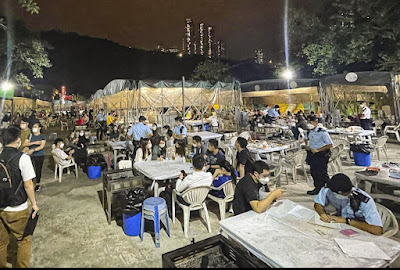 Why? Why the need now to shut down this bit of freedom right now, 18 years after they started?

The move followed recent efforts by authorities to put up giant banners outside housing estates in the district, warning residents they could be prosecuted if they patronised the unauthorised venues at Kau Wah Keng. [Read on…]