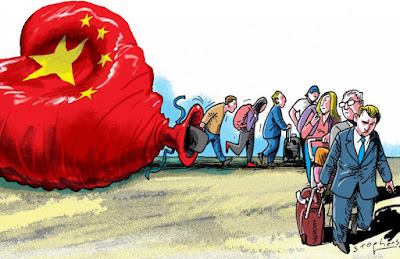 For decades foreigners arrived in floods. decades. Now they are leaving. That’s sad. As the article says good for neither China nor the world. Some of this China has brought on itself. Some cause Covid. (Of course. Everything bad these days is “cause Covid”).

At a time when China’s role on the world stage is growing, it is also becoming more isolated and less international. The number of foreigners working in China’s two most important cities has declined sharply in the past decade.

In Shanghai, China’s international and commercial centre, the number of expatriates fell more than 20 per cent in the past decade from more than 208,000 to around 163,000.

The numbers are even more extreme in Beijing. The number of foreigners has fallen by more than 40 per cent since 2010, to about 63,000. By comparison, Luxembourg has around 630,000 total residents, almost half of whom are foreign workers. [More…]