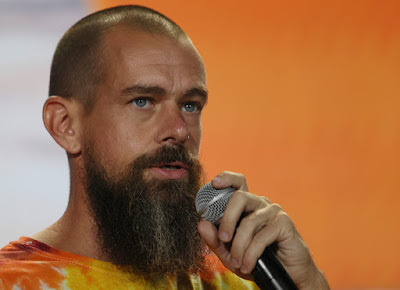 Dorsey tweeted Sunday night that he loves Twitter. It’s fair today to wonder if he loves where it’s headed. “Will Twitter become an ocean of suck?”

Me, I never tweet. Because I fear getting caught up in Twitter battles. But I do have an account, for access. I follow a few hundred people. Which I enjoy. I try to have a mix of left and right. I reckon my Twitter feed gives a pretty good taste of the zeitgeist. Worldwide even. At least for the world that speaks English on Twitter, which is to say: Anglophone Plus. The “Plus” is for the many non-native speakers who use English on as the lingua franca as in science journals.

I’m worried that Parag Agrawal, the new CEO, will be even less a champ of free speech than Dorsey.Who wasn’t great but tried. Remembering that Twitter’s mission statement was “the free speech platform for the free speech party”. And Agrawal seems to have played that down. In past tweets….