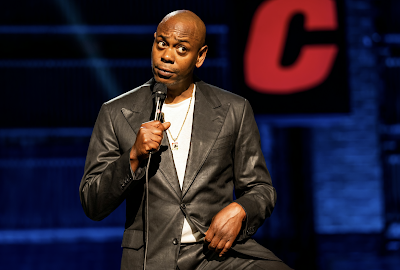 I watched the show the day it first aired, 5 October. I liked it. As did 97% of those who actually watched it. The critics don’t like it because it doesn’t match a narrative: don’t punch down and trans is out of bounds. 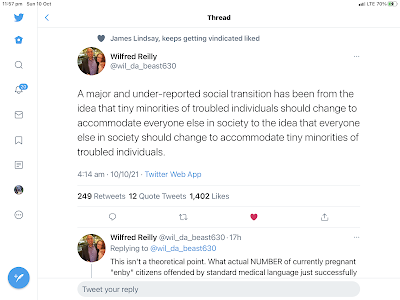 The figures on Trans: somewhere between 0.005 and 0.5%. And of those only 0.5% have had surgery. So there’s a real thing there. Women are endangered.

The four “myths” of Trans athletes. ACLU. Each of these is wrong, as I showed here.

Caitlin Jenner: trans woman and Olympic gold medallist when she was a man. Now, as a trans woman, says it’s unfair to allow transgender women in sport. Other transgender women say the same thing. So it’s not a case of all trans people hewing to the agenda of the extreme end of trans rights: where increasing trans rights reduces the rights of women, natal women.
Note: the reaction of the other weight lifters to Hubbard in the Olympics.

Why bother about this? Is it just bigotry against the Trans? Cos it’s part of the whole Woke agenda. Asking us to deny the science. We ought not.

Seriously, I don’t know anybody who has “transphobia” in the sense that they want to suppress or deny the rights of transgender people. But within the issue there is room for debate about how cis-trans relations should work—cases involving prison enrollment, sports participation, and so on. But even to broach these topics is taboo, as J. K. Rowling and others have found who have questioned the exact equation of transwomen with natal (biological) women. The instant you mention such issues, you’re branded a transphobe and the mob descends. It’s easier to hurl epithets than cobble together a coherent defense.

Scientific American article on “using bogus science to support transphobia” and the rebuttal on YouTube  by the Paradox Institute.